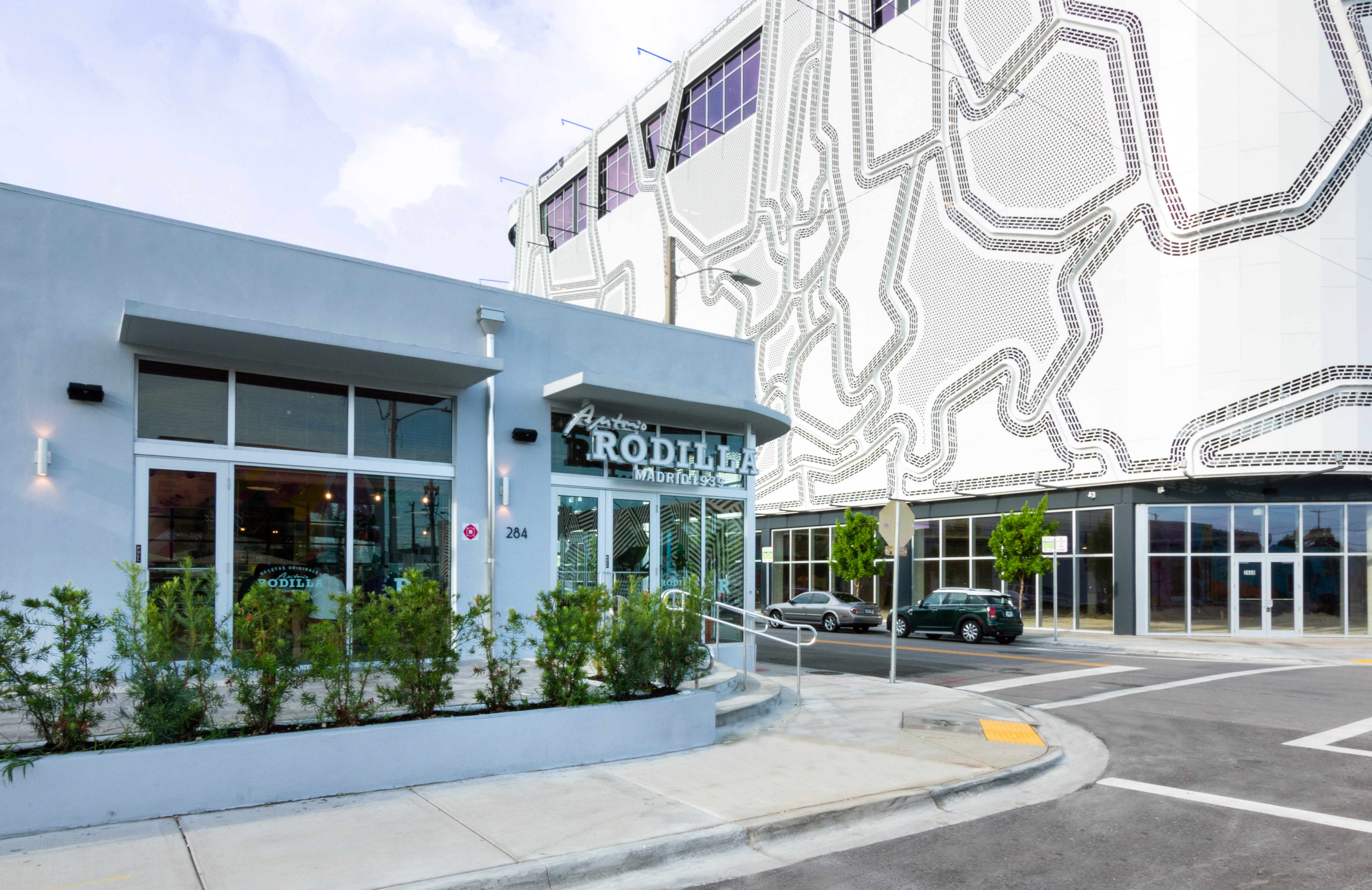 In 1939, Antonio Rodillo founded Rodilla, a sandwich shop in Madrid, Spain. The popularity of the shops and the delectable sandwiches— recipes which remain secret but to a select few, propelled the shops to expand to 142 locations throughout Europe. Now, owned and profitably operated by Estrella Damm and The Damm Company, they are opening their first locations in the United States. They contracted 2+ Architects to design four locations throughout South Florida that range in size from 1,427 SF to 3,500 SF.

The Rodilla sandwich shops are known for their craftsmanship as well as for mixing modern carpentry with vintage furniture. Their stores often feature vintage casework and pendant lights of similar tones to capture the overall atmosphere. The floor design changes at each location to represent the uniqueness of each community Rodilla serves. These designs vary between geometric and fluid forms. However, they always use micro cement to create a cohesive finish.

While designing the Rodilla at Wynwood, the team at 2+ Architects let their knowledge of the local community inform their design. They recognize that the vibrant murals created by local artists serve as a calling card for Wynwood. As such, they chose to commission a local artist to create a unique facade for the store. Drawn in by the artwork, a large indoor mural then greets the customers as they await their orders. 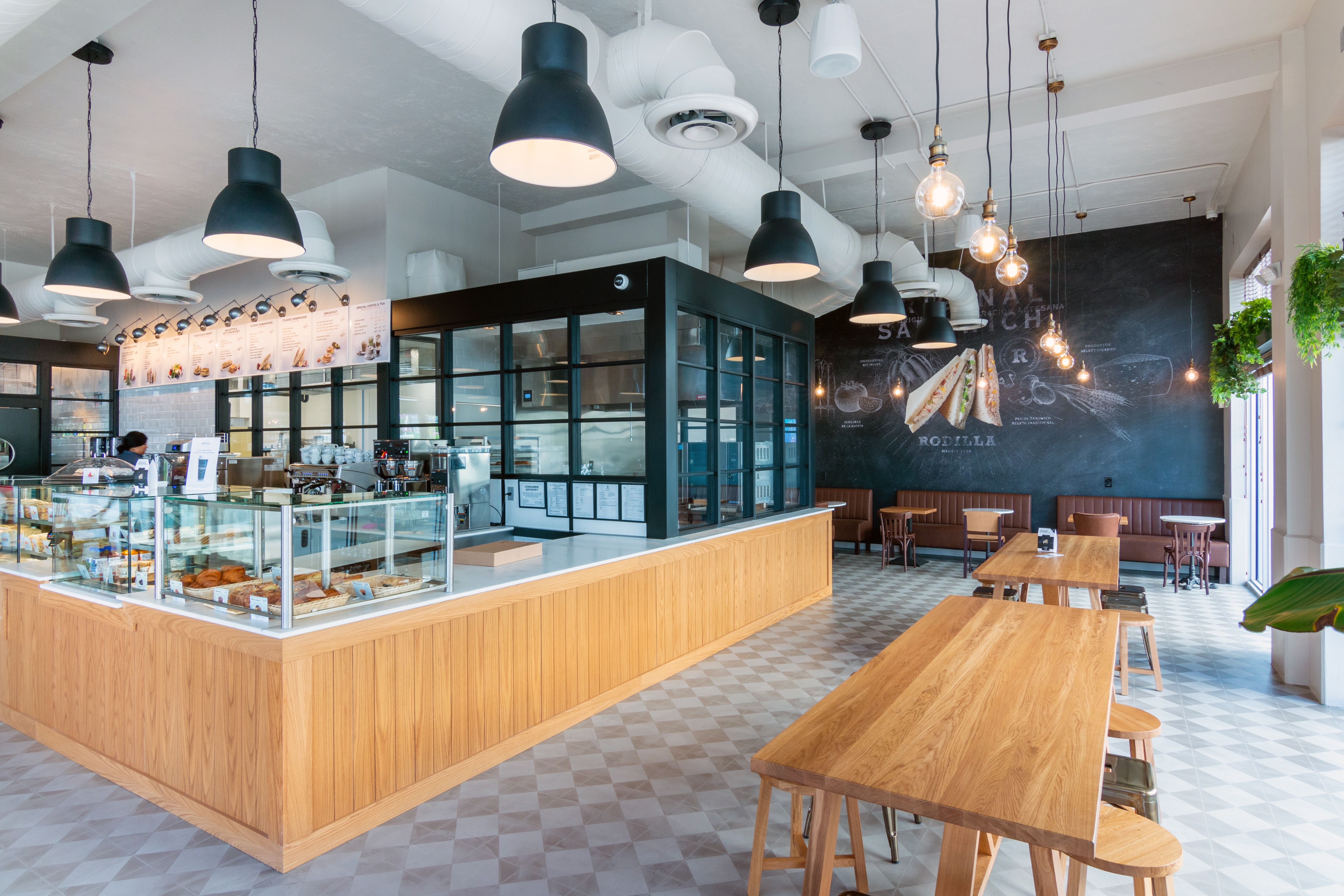 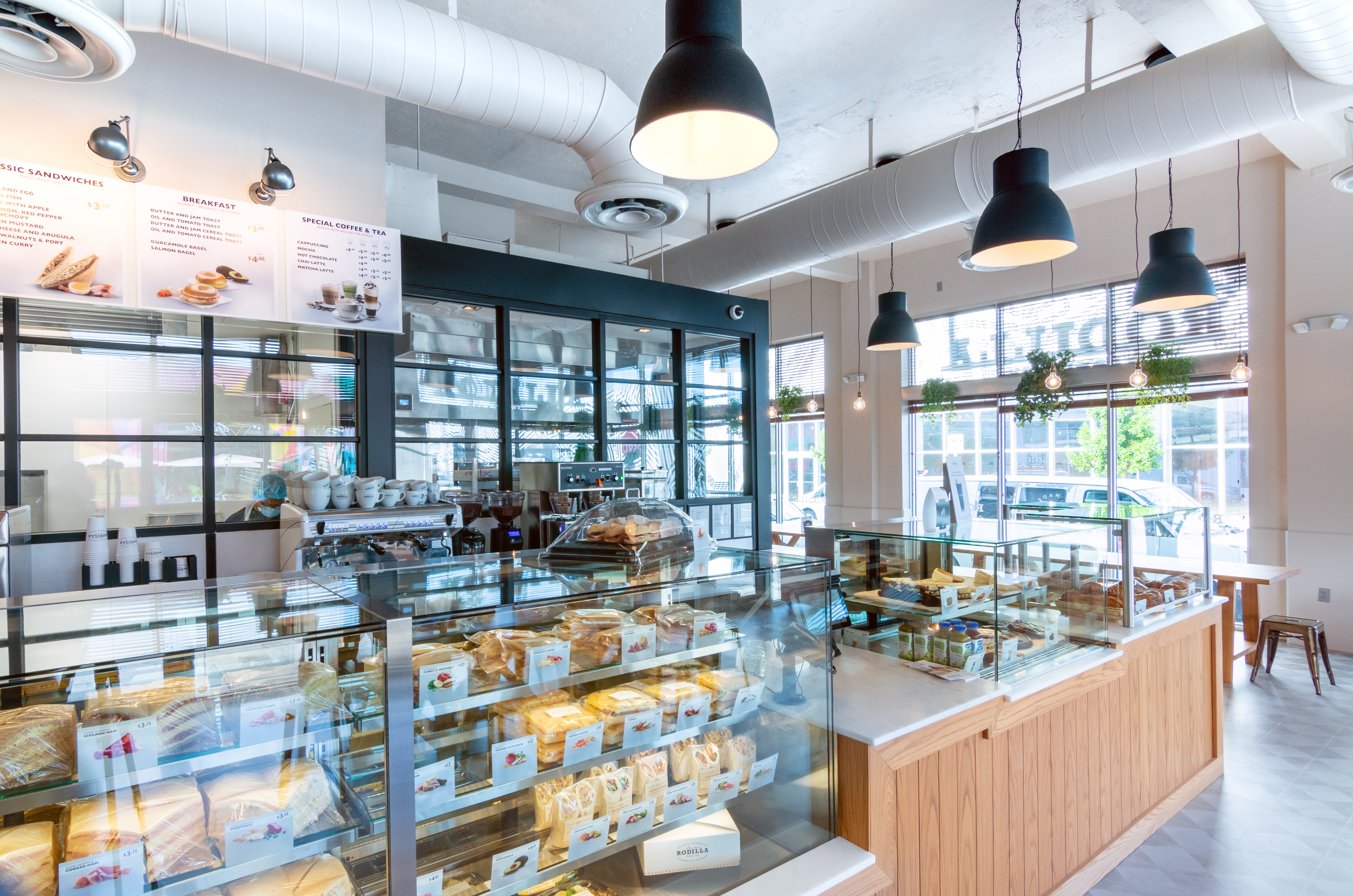 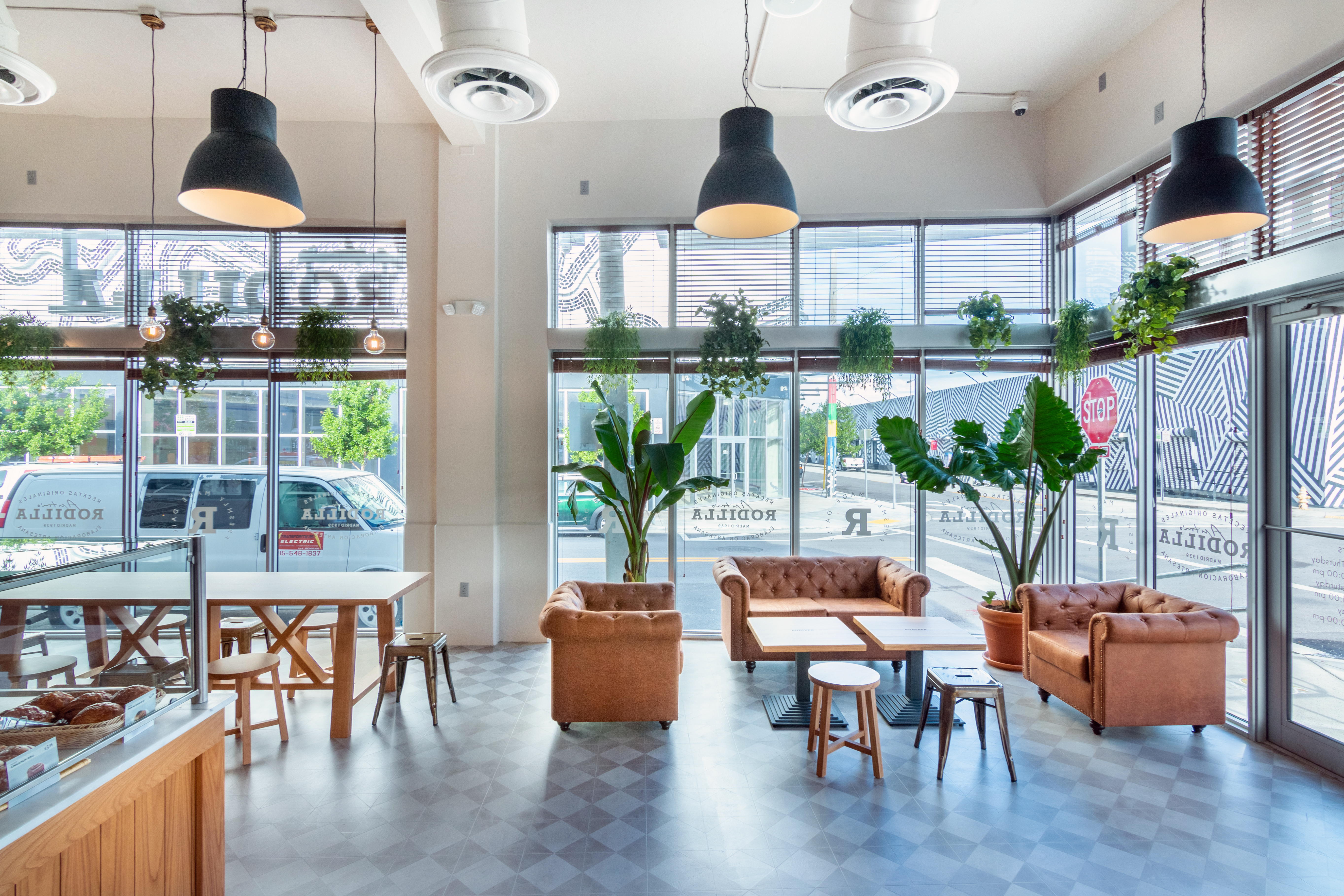 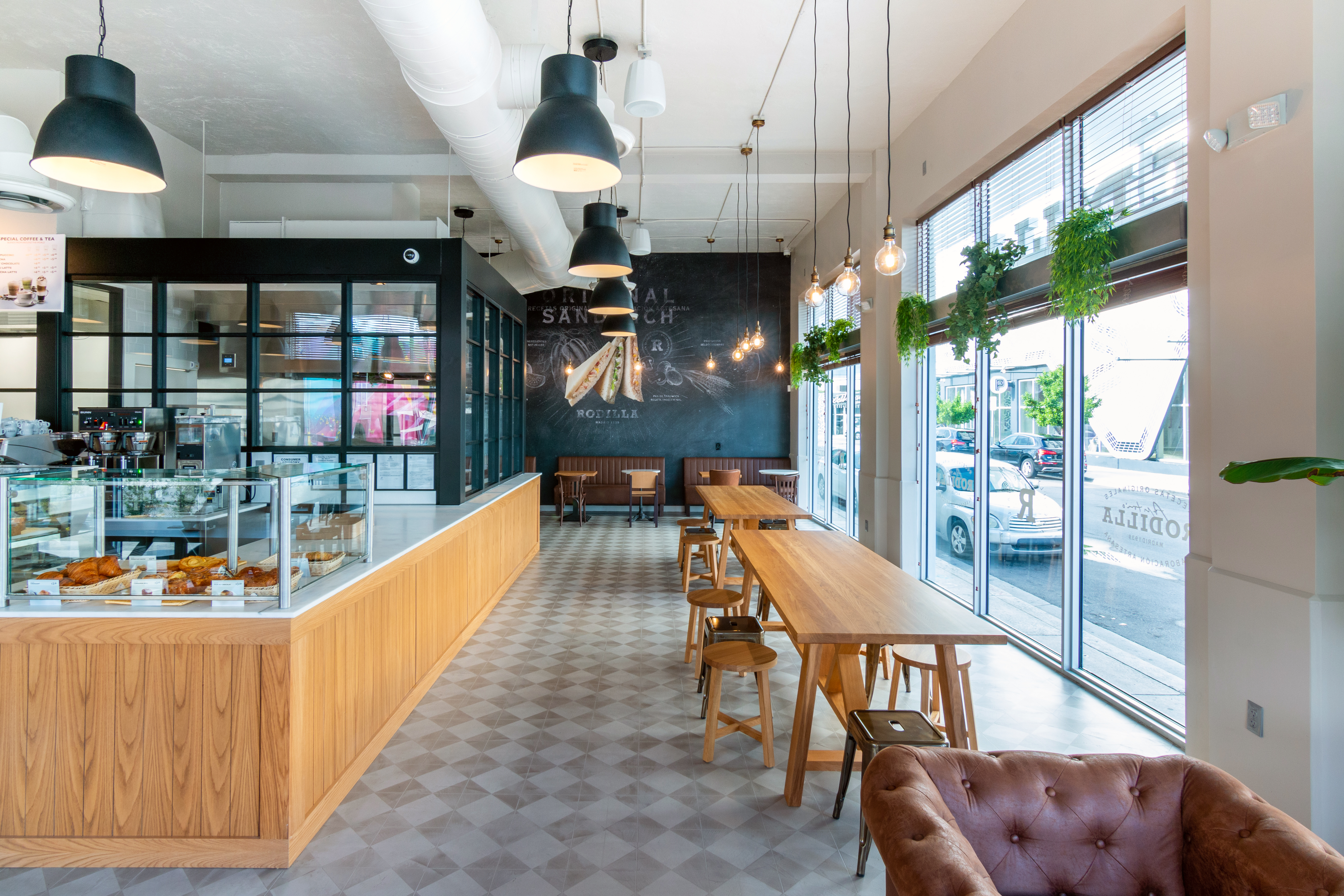 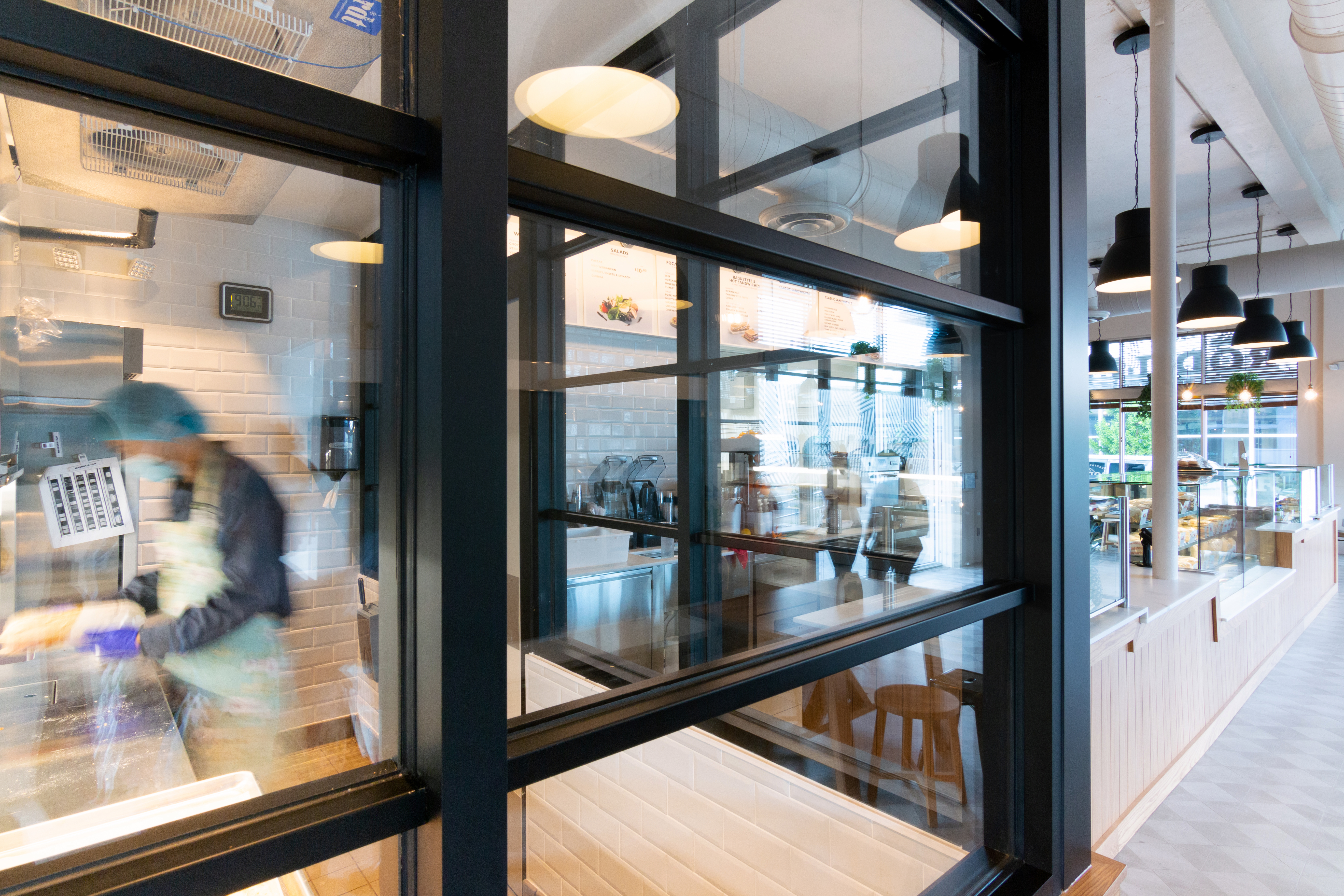 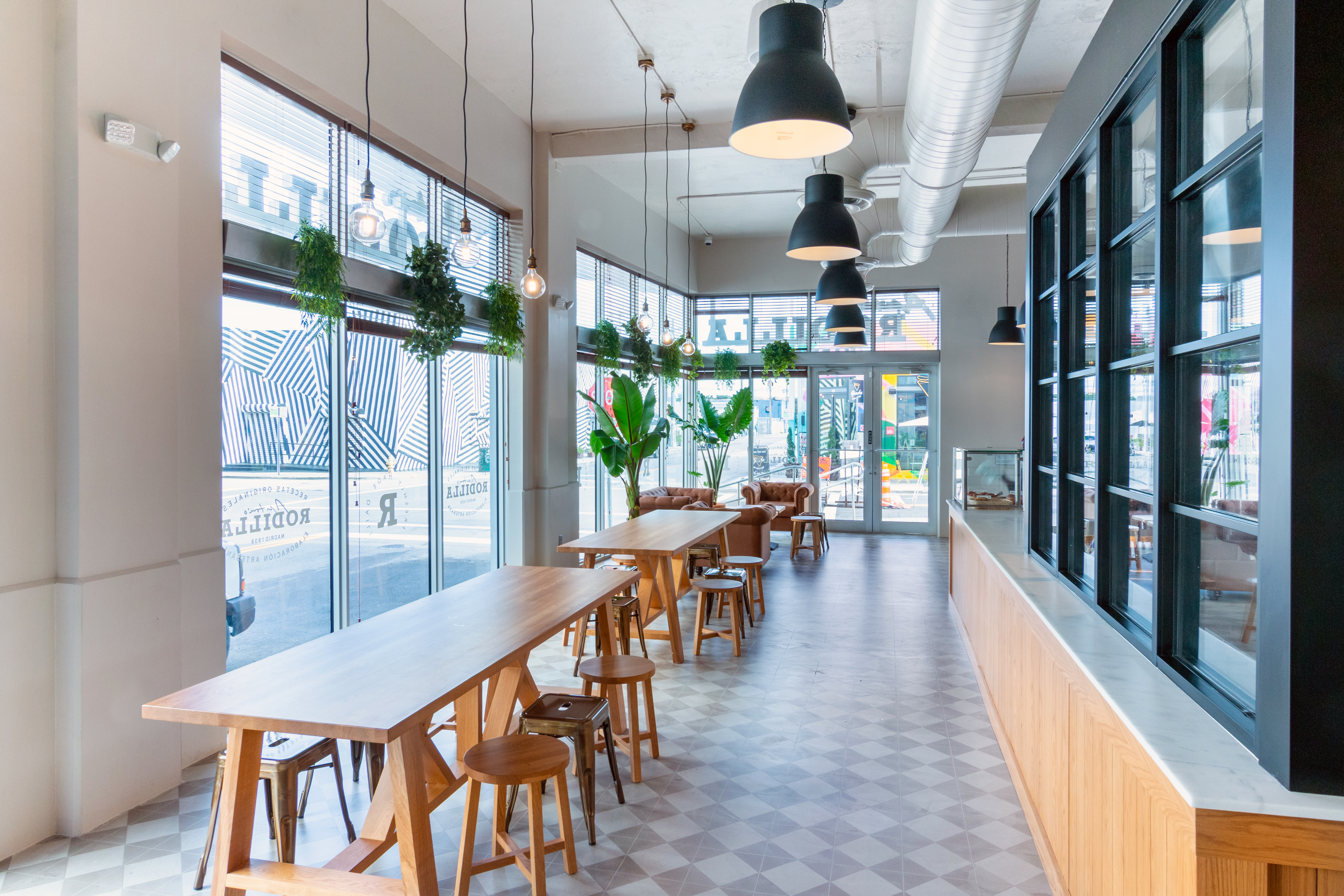 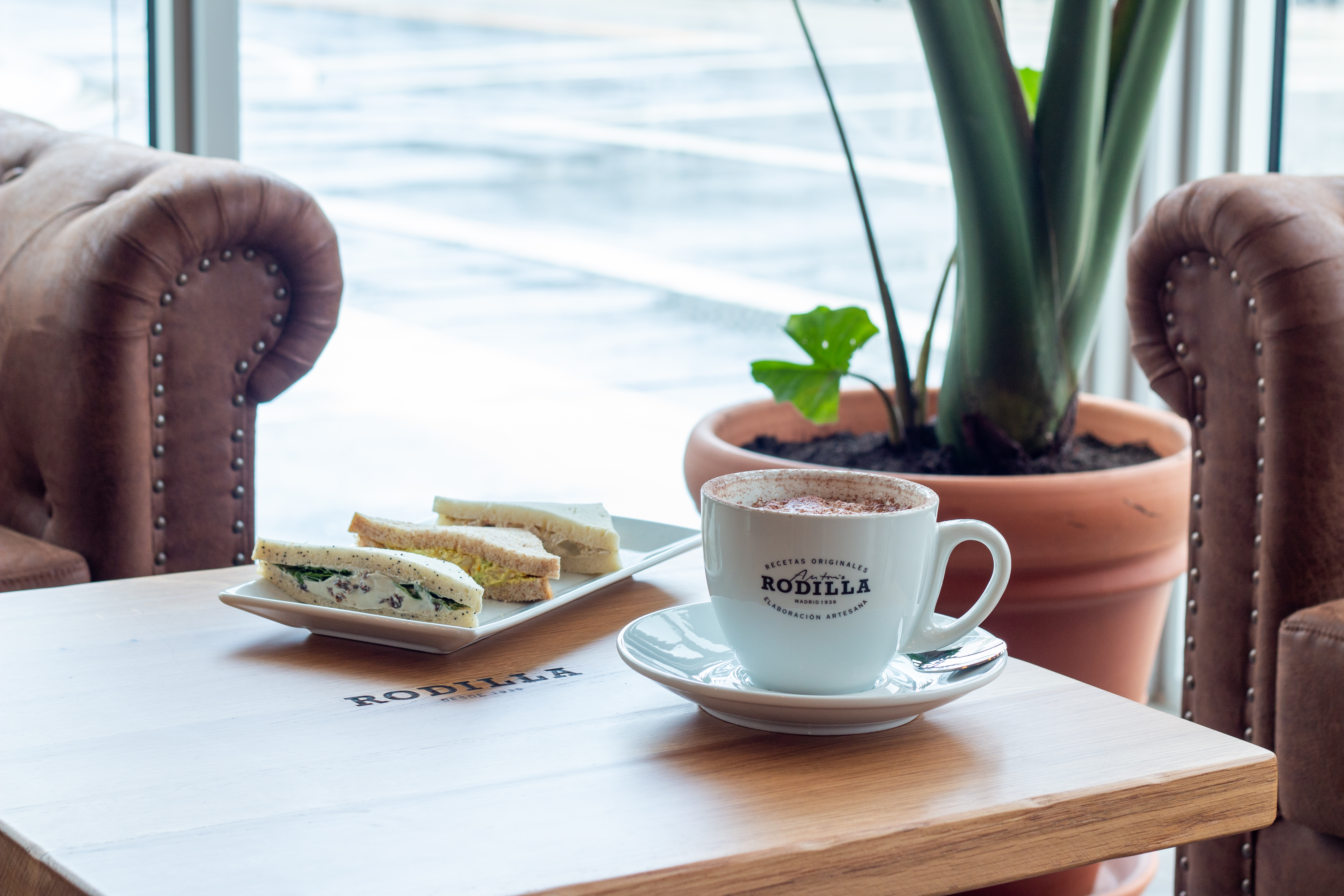 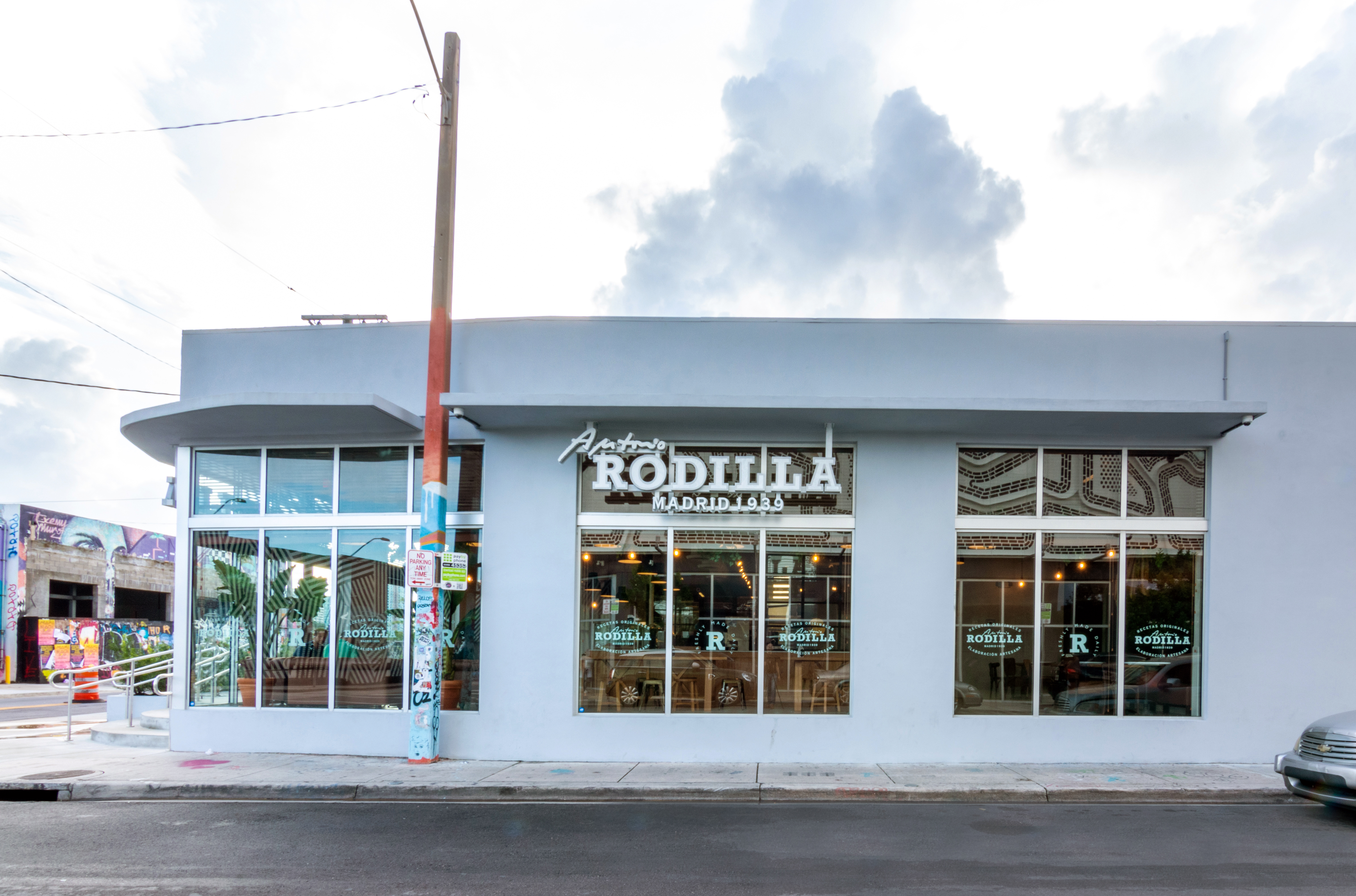 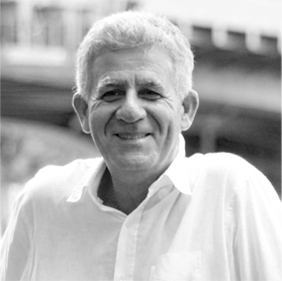 As founding principal of 2+ Architects, Edgardo is a client-focused, solution-oriented Registered Architect with over 30 years of experience. While he received his Masters Degree in Architecture in Buenos Aires, Argentina, Edgardo developed and established a successful career for the past 30 years in Miami, Florida. Throughout the years, he has compiled a celebrated and diverse collection of projects ranging in scale from hospitality, commercial and office interiors to residential, and from restaurants and retail stores to large mixed-use and transportation developments. Edgardo’s International experience includes hospitality and residential developments in Europe, South America and the Caribbean. After working as Project Manager on a number of large and complex projects at other firms, Edgardo ventured out to build a practice where he could consistently deliver high quality design and solutions that drive customer satisfaction and loyalty. Joined by partner Paola Castaño, and the rest of the professional staff, Edgardo has elevated 2+ Architects, based in Coral Gables, Florida, to become a successful and dynamic boutique firm that boasts a list of satisfied repeat clients.

Driven by her passion for architecture and the intrinsic inspiration to create organic design, Paola is a Colombian-born designer who began her studies at San Buenaventura University in Cali, Colombia. She continued her education at Florida International University where she received a Bachelor of Arts in Architecture in 2005. For over fifteen years she has practiced in Miami, and has built a vast and varied portfolio which includes hospitality, commercial, residential, transportation, and mixed-use projects. Paola is skilled at communicating with all team members and cross-discipline teams to develop a shared vision and foster a culture of excellence in her work. 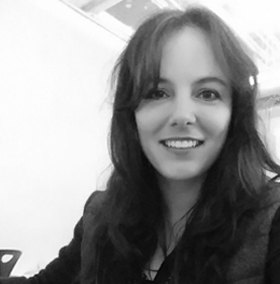 With a Masters of Architecture from Florida International University, Yanelis brings a versatile skill set and positive attitude to her work at 2+ Architects. Her attention to detail and dedicated work ethic enhance the 2+ team’s effort and contribute to the overall success of their projects. Having previously worked for large, full service, International firms in Miami, Florida, she has successfully collaborated on a number of multi-family residential, mixed-use, retail, as well as large and boutique scale hospitality design projects.

Yanelis has expert level knowledge of Autodesk Revit and is experienced with other Autodesk Applications including AutoCAD and Maya. She also has extensive abilities using Microsoft Office Suite of applications and Adobe Creative Suite, including Photoshop, Acrobat, Illustrator and InDesign. 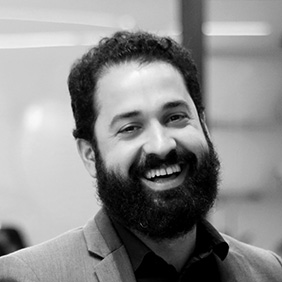 Julio Perez is a designer based in Miami and an adjunct faculty at Miami Dade College. He has a master’s in architecture from UCLA where he received advanced standing. He has worked for PATTERNS among other offices in Los Angeles. Independently he has worked with museums, developers, and private clients on exhibitions, mixed-used and residential projects. At 2plus-Architects Julio works in all phases of ongoing projects. 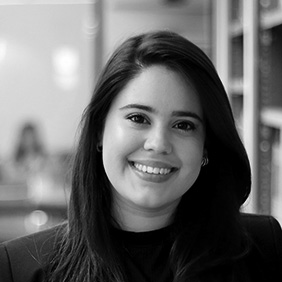 Claudia is a recent graduate with a Master of Architecture from Florida International University. She joins 2 + Architects bringing creative and versatile work skills to the team. She tackles every design challenge with innovative problem-solving skills and possess the ability to engage and resolve design issues as they appear. She adds a fresh design perspective and sensibility to the office. 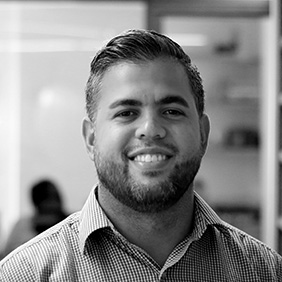 Javier possesses over ten years of experience in architecture. As a student, he received multiple design accolades. After graduating from FIU, he began to develop designs for diverse projects. These projects ranged from single-family homes to large building complexes such as hotels. Over his career, Javier has become a master of various skills. Skills such as obtaining permit approvals, budgeting, coordinating a team, and scheduling. He has gained a vast knowledge of South Florida codes for different cities and counties, such as the City of Miami (Miami 21), Miami Beach, Miami Dade, Doral, and Broward. Additionally, he has a command over codes such as the Florida Building Code (for new and existing structures), NFPA 101 Life Safety Code, and ADA accessibility codes. At 2+ Architects, Javier manages projects from start to completion. His passion for both design and problem solving makes him a natural mentor for the junior staff at the office. During projects, he provides invaluable assistance by attending to the needs of the client throughout the various stages of a project.